Why You Can’t Heal without Forgiveness

Why You Can’t Heal without Forgiveness

Today we’re going to explore the important role that forgiveness holds in the healing process, and see how real healing and transformation actually isn’t possible until you can achieve a state of forgiveness. Further, we’ll explore how there is a right way and a wrong way to go about seeking forgiveness, and how seeking forgiveness from the proper foundation is the difference between healing yourself and others, versus making an already bad situation worse.

For simplicity and consistency of language, we’ll assume that you need to forgive another person for something they did to you. However, this process and these concepts are identical for non-human entities that need to be forgiven, such as God, Life, the government, the weather, an ideology, or anything or anyone else.

Also, note that this material is equally valuable – and perhaps even more valuable – to achieve the state of forgiving yourself for what you have done to yourself and to others. In my experience, it’s tough to forgive others for doing terrible things to you, but it’s usually much harder to forgive yourself for what you’ve done to others! You’ll probably want to start by using this material to forgive other people and entities for the bad things that have happened to you, but don’t stop there – keep at it until you are able to forgive yourself as well.

The most important concept to understand to start moving towards true forgiveness is actually pretty simple:

For example, when my ex-best friend betrayed me after I had crippled myself with overwork to make his company successful, I blamed him, and said to myself things like “he did this to me, he ruined my life”, etc. While this thinking is correct from a certain perspective, it is extremely dangerous because implicit in the statement “he ruined my life” is the belief that he had the power to ruin your life, leading to the conclusion that only he has the power to fix the problem.

One of the most popular and best known examples of forgiveness in the healing process is the 12 Steps, where Step 4 typically involves “making amends” to those you have harmed and asking for their forgiveness. In my opinion, it’s important to examine this process in some detail, because there is a lot more to making amends than most people realize, and – as with any powerful tool! – making amends has the potential to do both good and harm, depending on how it is used.

First, let’s explore the “wrong” way to go about making amends. The wrong way happens all too often because of fundamental misunderstandings of the process of making amends, and too frequently leads to 12-Steppers and others making problems worse. For our example, let’s say that you are a recovering alcoholic, and your drinking has negatively impacted not only your life, but also hurt your family, your friends, and your co-workers. The “wrong way” to seek forgiveness comes from a limited and selfish perspective, where you go and contact the people you’ve hurt with the goal of getting them to forgive you so that you can release your guilt and facilitate your healing process. In other words, you are coming from the perspective that going and saying you are sorry will absolve you of sins. The potential danger here is that you will re-open old wounds, and the people you contact will feel like you are adding insult to injury by expecting them to forgive you for the bad things you did to them just because you need them to tell you “it’s ok” so you can get your life in order. Now don’t get me wrong – I’m not saying this process of making amends can’t work, as it can work and create amazing results if approached from the right energy – but there is a real and serious danger that seeking forgiveness this way will have opposite the intended effect, and actually make things even worse for the person you hurt.

By contrast, the “right way” to go about seeking forgiveness and make amends is to come from the desire to help others to heal themselves. To do this, you make yourself vulnerable and taking action to offers those you have hurt an apology and the opportunity to kick-start their own healing process by forgiving you. As discussed above, forgiveness is an important and powerful first step to healing, and if you have hurt others and if they have blamed you for what happened, they are unknowingly keeping themselves stuck in pain and trauma. In other words, they have made themselves victims by believing that you hold the power to make things right! By approaching someone you have hurt and telling them you are sorry and offering them the opportunity to forgive you, you are clearly and explicitly providing them with the chance to reclaim their power and heal. Also, recognize that you are not making amends because of a selfish desire to have them forgive you just so that you can stop feeling guilty. Instead, you are making amends because you know that it is the right and appropriate time to offer them the chance to forgive you to facilitate their own healing process. And here’s the key to successfully making amends: it does not matter to your healing process what they say or how they react or whether or not they forgive you! Instead, what really matters is that you are providing an open-ended invitation to heal, whenever and however they are ready to heal themselves. And – lastly – it is important that you carefully discern whether or not contacting someone you’ve hurt and asking for forgiveness will help them or hurt them. I know that a lot of 12 Steppers will disagree with me here, but I think that contacting someone you’ve hurt in the past has the potential to do more harm than good as it “opens old wounds” to ask for forgiveness from someone who isn’t ready.

Finally, I acknowledge that mental/intellectual understanding alone is sometimes not sufficient to facilitate true forgiveness – today’s teachings are a critical step towards true and complete forgiveness, but depending on your situation, there may be more steps involved. And in Day 3, we’ll reveal the powerful secret that lets you forgive anyone for anything, no matter what! 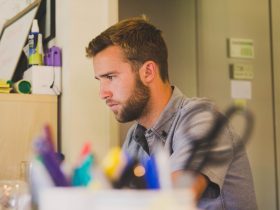 The Incredible Power of Attention 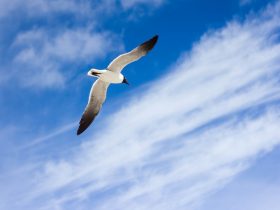 IMPORTANT DISCLAIMER: THIS IS NOT A MEDICAL TEXT These articles and videos are intended for entertainment and informational purposes only. […] 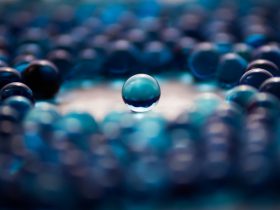 What is Brain Optimization?

IMPORTANT DISCLAIMER: THIS IS NOT A MEDICAL TEXT These articles and videos are intended for entertainment and informational purposes only. […]

We hate SPAM and promise to keep your email address safe.