IMPORTANT DISCLAIMER: THIS IS NOT A MEDICAL TEXT

These articles and videos are intended for entertainment and informational purposes only. The author is not a licensed medical practitioner, and this material is neither intended to diagnose, treat, or cure any disease or condition, nor to be used as a medical reference, nor as a substitute for medical care from a licensed practitioner.

In the last several years, autism and Asperger’s syndrome (now officially considered a form of autism) have been gaining increased mainstream visibility. This new visibility is in large thanks to the efforts of celebrities such as Jim Carey and Jenny McCarthy (who has two autistic children that have made a complete recovery), as well as progressive, brave doctors such as Dr Andrew Wakefield who are willing to put their careers on the line to confront the establishment. More recently, Susan Boyle – the Scottish singing sensation who achieved widespread fame in 2009 on Britain’s Got Talent  – revealed that she had been misdiagnosed her whole life as brain damaged, it was only in late 2013 that she learned that she actually has Asperger’s syndrome. And you know that a problem has finally hit the mainstream when it is featured on popular network television: there was even an episode of Law and Order: Criminal Intent where the guest star character learned that he was not a freak or a weirdo or a loser, but instead – just like Susan Boyle – he had a undiagnosed and misunderstood medical condition: autism.

On a personal level, during 2013 I learned that autism has affected me and my family far more profoundly than I ever realized. It started when, at his 2.5 year old checkup, my beloved son RJ was diagnosed as autistic. For anyone who has never experienced having a child diagnosed with a serious and debilitating medical condition, it is impossible to put into words the depth of anguish, despair, and horror you go through as a parent.

But because I do my best to “practice what I preach”, I’ve taken the spiritual perspective, and the most fundamental aspect of living a truly spiritual life is believing that there is a higher power with wisdom and intelligence far greater than any human mind. A natural corollary to a belief in a higher power is that everything happens for important reasons, even the terrible, painful, negative events that don’t seem to have any purpose. Since then, I have learned a tremendous amount about autism, which I have condensed and refined to share in this VIP Club special event. Even further, my son’s diagnosis led me to an astonishing realization that has helped me understand so much about myself and my life that previously made no sense: at 42 years of age, I learned that I am also autistic.

Suddenly, so much about my personality and my life that never made sense before instantly came into crystal clear focus. It doesn’t just stop with me and my son; I now have strong evidence to believe that my father was autistic, and that my uncle is autistic, and that at least one of my grandfathers was also autistic. Had I gotten an early diagnosis and proper intervention, my life would have been profoundly changed for the better, and I would have avoided an immense amount of pain and suffering.

Because just a tiny bit of knowledge and awareness can prevent a lifetime of unnecessary suffering, I’ve devoted a two month VIP Club special event in the hope that some short articles and videos can help you or a loved one avoid the pointless pain that I and so many others had to go through, either now or in the future.

So what is autism?

Autism was first identified in the 1940s by Dr Leo Kanner as a severe neurological disorder, which today we refer to as severe or classical autism. Typical symptoms include:

Those affected by severe, classical autism often do not speak and commonly are unable to perform basic life functions or take care of themselves, even as adults.

Around the same time, Dr Hans Asperger identified a less severe version of autism where affected patients did not have trouble with speaking or basic language skills, but experienced severe social anxiety, limited development of social skills, and various phobias about interacting with others. However, it wasn’t until the 1990s that “Asperger’s Syndrome” was adopted as a diagnosis by the mainstream psychiatric community.

I think it’s especially important to be aware of the potential that you or a loved one is a high functioning autistic because those people (like me) are typically overlooked and instead are considered weird, quirky, losers, geeks, or even brain damaged. FYI the numbers indicate that autism is much more common in males than in females, with approximately four autistic males for each autistic female.

During this special event, we’ll start by covering the basics of what medical science has learned about autism, and cover a checklist of common symptoms displayed by autistic people. After that, we’ll cover the most promising theories as to what the true underlying causes of autism may be, both in terms of concrete biology and physiology, as well as the more abstract spiritual and esoteric reasons. (Yes, we will cover vaccines, but I think you’ll find it is over-simplifying a very complex issue to conclude that vaccines are the primary or sole cause of the explosion of autism.) We’ll then explore the most promising conventional and alternative treatments for autism, both for children and adults, and finish with content addressed specifically at those living with autistic loved ones.

Much of this material is from my direct personal experience with autism, but of course there are many resources I’ve used while researching this material; the most important and most useful are presented in the last article in this series. There are literally hundreds or thousands of autism support groups, books, and resources, and I won’t spend much time in this series on things that can be easily looked up. 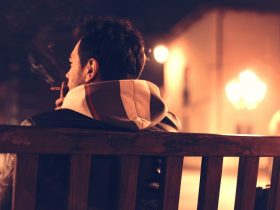 The Nature of Addiction

In the last 100 years or so, our world has seen a dramatic shift away from diseases of insufficiency towards […] 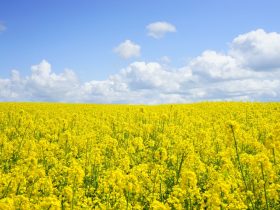 The goal of this special event is to expose you to the state-of-the-art research, processes, and insights that will allow […] 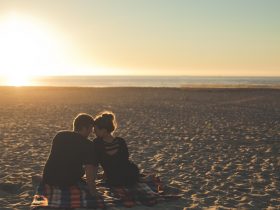 Imagine sitting on your death bed, surrounded by loved ones, contemplating your life and all that you’ve done…do you think […]

We hate SPAM and promise to keep your email address safe.